One day, in the early nineties, I was over at Andy Partridge’s house in Swindon. We were whiling away a rainy afternoon in his home studio at the bottom of the garden. Andy had played me some new songs and was keen to demonstrate a new sample box with tons of fab orchestral sounds. I have a feeling this piece of equipment made its debut on Martin Newell’s ‘Greatest Living Englishman’ album and later was used extensively on the Apple Venus demos.  I do recall Andy playing a work in progress cut of ‘Before The Hurricane’ from Martin’s album.

I was playing around on the keyboard while Andy dialled up the sounds from the box. It sounded amazing.  I don’t remember who suggested recording something but record we did.  I can’t remember who came up what bit or, who played what bit. I do remember laughing a lot. In fact laughing so much, my stomach hurt and tears were rolling down my cheeks. In our heads we were creating the soundtrack for a Disney animated film, and it was great fun.

“Here come the Chinese mice!” we would shout over the music, which blasted out at high volume from Andy’s NS10 speakers. The walls of the wooden shed were rattling. It sounded like the music for a bizarre oriental parade. The xylophone part and the key changes still make me laugh. At the end of the session we mixed it down onto a cassette, Andy wrote ‘Chonk’ on the label and I took it home. As far as know this is the only copy. Enjoy ! 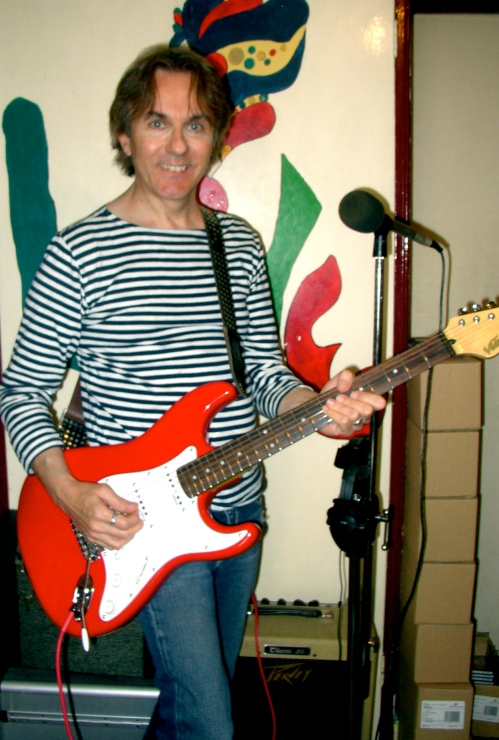